If you follow our posts, you’re already familiar with Quick Stops. Quick Stops are designed to give a nod to locations to which we can’t devote an entire post. The destinations are completely random and totally fun.

Just get in the car and we will be on our way!

Clark Canyon Reservoir is located in southwestern Montana about 10 miles south of the town of Dillon, at the intersection of Highway 41 and I-15. 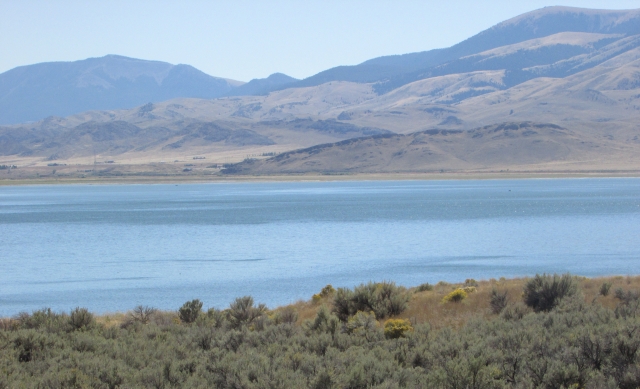 What’s so special about a lake? You may be thinking they’re a dime a dozen and that you can see one (or many) anywhere you go. Those thoughts are true, but Clark Canyon Reservoir is a special lake. It is the headwaters of the Beaverhead River, a 69-mile-long tributary of the Jefferson River. The Jefferson converges with the Gallatin River and the Madison River to form the headwaters of the Missouri River.

We have also heard that Clark Canyon Reservoir has some of the best trout fishing in Montana.

Though, perhaps more importantly is what sits beneath the waters of Clark Canyon Reservoir. It was called Camp Fortunate. Lewis and Clark set up camp here in 1805 as they sought a passage through the mountains. While at Camp Fortunate, they met and befriended a group of Shoshone Indians who told them of a path used by other Native Americans to cross over the mountains and provided the expedition with horses that were needed to traverse rugged terrain.

Jacob’s Dream is located on the campus of Abilene Christian University in Abilene, Texas.

Completed in 2006 by sculptor, Jack Maxwell, Jacob’s Dream depicts angels ascending and descending a ladder to heaven as described in Genesis 28: 10-22. For anyone traveling through Abilene, Texas, this beautiful work of art is definitely worth a quick stop.

Sacagawea, a Shoshone Indian woman, was born in 1788 in what is now Idaho. Around age twelve she was kidnapped by a rival band of Indians and taken to North Dakota. Some years later, she was sold to a French-Canadian man who claimed her as one of his wives. The Corps of Discovery aka The Lewis and Clark Expedition hired Sacagawea and her husband to travel with them as interpreters. When the expedition met and befriended the Shoshone Indians at Camp Fortunate, the chief of the tribe turned out to be Sacagawea’s brother whom she had not seen in years. And now you know…

That’s all for this post. Thank you for joining us on our virtual tour of Clark Canyon Reservoir and Jacob’s Dream. We invite you to return to our site every week for another great adventure on the road. Until the next trip…

Travel safe, travel smart, and we will see you down the road!