Little Rock Central High School is one of the most significant sites of the civil rights movement in the U.S. In 1957, the school became a battleground, so to speak, in the fight between the State of Arkansas and the U.S. government over federally mandated desegregation of public schools. Additionally, whites wanted continued segregation, and blacks wanted educational equality and to attend their own neighborhood schools. The Alabama governor went against the Supreme Court’s decision to allow black students to attend previously all-white schools. A group of African American teenagers was, unfortunately, caught in the middle of the battle.

Arkansas Governor, Orville Faubus, held a televised news conference on September 2, 1957, to inform Little Rock citizens that caravans of white supremacists were on their way to stop the integration of black students into Central High School. Faubus stated that he ordered the Arkansas National Guard to surround the school due to the potential for “blood in the streets”. He was never able to provide evidence to prove those statements. Meanwhile, the Little Rock school board advised that no African American students try to enter Central High or any white school until the dilemma was “legally resolved”.

All eyes are on Arkansas

On September 4, 1957, nine African American students attempted to enter the school surrounded by a group of ministers as escorts. National Guardsmen blocked the ministers and students stating that under orders from Governor Faubus the students could not enter. Meanwhile, mobs of whites hurled derogatory comments, waved Confederate flags, and even spat on the black students. Governor Faubus claimed later in the month that the National Guard was called out only to prevent violence and not to prevent integration.

Excerpt from the national park website of a black newspaperman’s observation:

“The mob of twisted whites, galvanized into vengeful action by the inaction of the heroic state militia, was not willing that the young school girl should get off so easily. Elizabeth Eckford had walked into the wolf’s lair, and now that they felt she was fair game, the drooling wolves took off after their prey. The hate mongers, who look exactly like other, normal white men and women, took off down the street after the girl.” – Buddy Lonesome, St. Louis Argus

While the world watched

Federal District Judge Ronald Davis denied a petition by the Little Rock School Board to delay integration into Central High School. The judge ordered integration to begin on Monday, September 9. Unfortunately, it didn’t happen. Also on September 9, President Eisenhower signed the Civil Rights Act of 1957, which was the first civil rights legislation since 1875. On September 24, President Eisenhower federalized the Arkansas National Guard which took them out of Governor Faubus’ control. Stating that “mob rule cannot be allowed to override the decisions of our courts”, Eisenhower then sent federal troops to Little Rock to surround the school. The next day, September 25, nine African American students entered the school escorted by members of the 101st Airborne Infantry Division. About 750 of the 2,000 students at Central High School were absent that day.

Racial tensions continued throughout the remainder of the school year with the issue of desegregation still an extremely hot topic. In September of 1958, the U.S. Supreme Court ruled that Little Rock would continue with its desegregation plan. Therefore, the school board determined that the high schools would open on September 15. Overriding the school board’s decision, Governor Faubus ordered all Little Rock high schools closed pending a public vote on integration. Voters chose not to integrate, and the schools remained closed for the entire 1958-1959 school year.

Why would a gas station be part of a national park site? This station had a pay phone, and it was the closest pay phone to the events taking place at Little Rock Central High School. Members of the media gathered here to take turns calling in stories to their news desks.

The museum takes visitors through a timeline of events leading up to the integration of Central High School.

Today benches commemorating each of the Little Rock Nine can be found near the reflecting pool in front of the school. Statues of them also grace the grounds of the state capitol building. Every one of the nine students graduated from college. Some even went on to earn post graduate degrees, and some have written books about their experiences. Click here to view their impressive biographies. As for us, we are inspired by the way these determined people handled such abhorrent adversity. And now we are honored to know their story.

Thank you for joining us on our visit to Little Rock Central High School National Historic Site!

Need some road trip inspiration? Check out these great destinations:

Things to do in San Antonio: River Walk

Things to do in Sedona, Arizona

Travel safe, travel smart, and we will see you down the road. 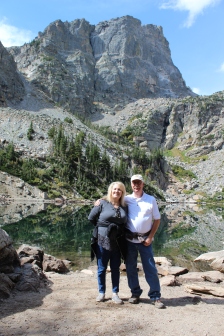